What is pair trading? 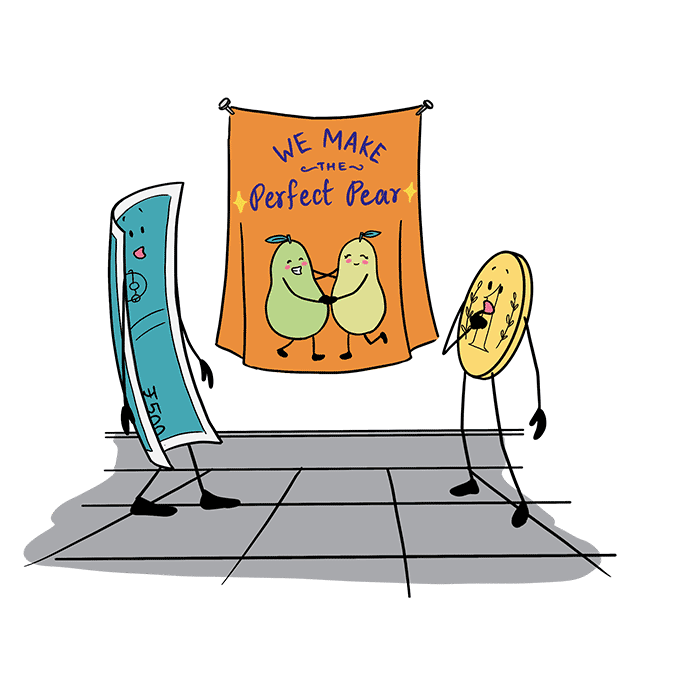 Picture this. You have an energetic little indie pup. Let’s call her Coco. One warm summer evening, you decide to take Coco out for a walk in the neighborhood park. So, you leash her up, slip into your walking shoes, and head out into the sunset. The park is just a kilometre from your home, so you keep the pace comfortable. Now, all along the way to the park, you and Coco head in the same direction - more or less. She may not match you stride for stride, but she’s also heading towards the park.

Coco may wander a little on the way, and the distance between you two may keep changing as the leash relaxes or stretches, but it doesn’t go beyond the length of the leash.

Once you’re at the park, you unleash Coco and watch her romp around playfully in the park, chasing after butterflies and burrowing through random spots in the ground. Meanwhile, you make a beeline for the swings and relive a bit of your childhood. For a while, temporarily, your trajectory and Coco’s appear different. You’re pretty much keeping to the swings, while Coco has taken over the whole park - no place is off-limits. Unlike on the way to the park, you two are clearly not heading in the same direction now.

But soon enough, the sun sets and darkness creeps in. You know it’s time to head home. So, you find Coco, leash her up, and like a well-practiced routine, the two of you start to walk back home. Once again, balance is restored, and you and your indie pup are back to moving in the same direction - homeward.

Wondering what this has to do with pair trading? Let’s see. Just like how you and Coco are a kind of unusual but logical pair in the analogy - moving in the same direction for the most part - some stocks may also form a pair. Pair trading aims to identify these stocks and take advantage of any temporary divergence in their behavior.

Not clear enough? Don’t worry, we’ll get into all the details in the rest of this chapter, as well as in the upcoming chapters of this module.

So, what is pair trading?

Let’s take a look at the technicalities first. Pair trading is a market-neutral trading strategy that monitors the performance of a pair of historically correlated stocks. This means that when the price of one stock moves up, the price of the other also generally rises.

According to this strategy, a trade is initiated when the correlation between the two stocks weakens temporarily. At this point, the price of one stock may move up, while the price of the other may remain unchanged or may move downward. In such a scenario, the pair trader initiates the trade by taking a long position in (or buying) the cheaper stock, and taking a short position in (or selling) the more expensive stock.

The logical expectation behind the pair trade is that the temporarily weak correlation between the two stocks will likely eventually be restored to nearbout its original strength. So, the pair trader may have the opportunity to make a net gain from the two opposing positions.

From the above explanation of pair trading, you can extract some key elements that need to exist for the possibility of pair trading to come about. Here’s that essential checklist.

There need to be two stocks - after all, that’s why it’s called pair trading.

For a brief period, that relationship needs to weaken, so the price movements of the two stocks do not happen as per the norm.

Since they are so well-aligned, it’s logical to assume that any regulation or development that impacts the stock price of TCS in a particular manner will likely have a similar impact on the Infosys share price too, isn’t it? For instance, let’s hypothetically assume that the budget for a particular year imposes an additional tax at the rate of 10% on companies providing  information technology services.

This will naturally result in a temporary dip in the share prices of both TCS and Infosys. That’s their correlation at play.

Now, say that a few months later, TCS announces its quarterly result. Let’s say the company posts a higher-than-expected profit for the period. This will drive the market sentiment towards TCS shares in the positive direction, thereby resulting in a temporary peak in its share price. However, Infosys shares, despite being highly correlated, may not reflect the rising prices that TCS shares may report.

That, right there, is a temporary weakening in their correlation. And that’s when a pair trading opportunity opens up.

What causes the temporary anomaly in the behavior of correlated stocks?

In the pair trading example we saw above, the temporary weakening of the correlation occurred when one of the companies declared their quarterly results. Like this, there may be many other reasons that could temporarily weaken the correlation between two stocks. Here are some such potential causes:

So, that covers the most fundamental concepts of pair trading. As we head on to the next few chapters, we’ll discuss the nitty-gritty details of this strategy in finer detail. And we’ll begin with decoding some pair trading jargon in the following chapter.

Hey, I have discovered this amazing financial learning platform called Smart Money and am reading this chapter on What is pair trading?. You can explore too.