Chapter 4 / 11
1. An Insider's Guide to Access Bias 2. Relativity bias: this is better because that is worse

What is Sunk cost fallacy? Why is it important? 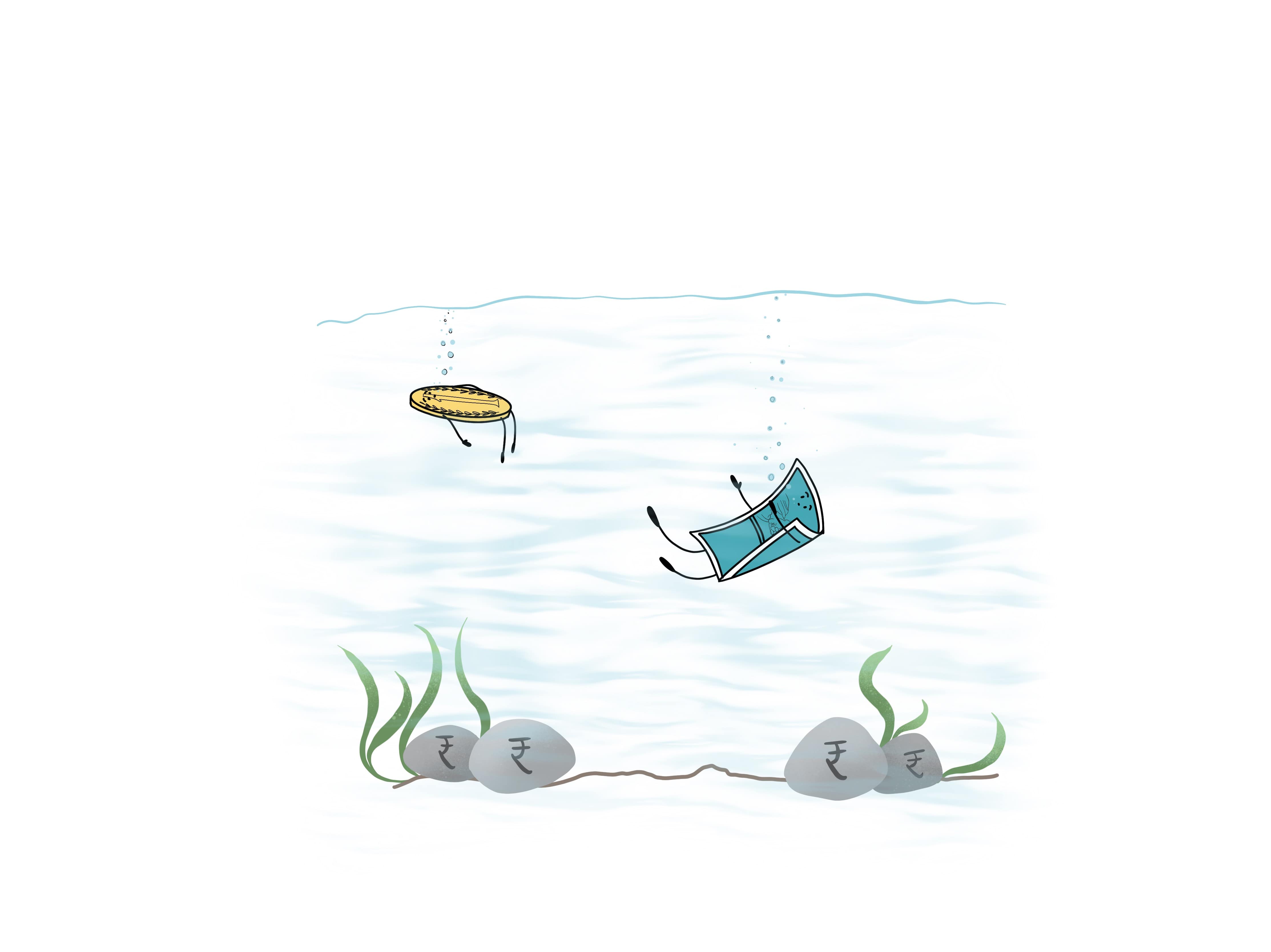 Imagine that you bought a movie ticket a few weeks ago for INR 500. On the day of the release, you feel sick and it’s raining outside. You know that traffic will be worse because of the rain and that you risk getting sicker by going to the theatre. Despite the fact that it seems as though the current drawbacks outweigh the benefits, why are you still likely to choose to go to the theatre?

This is known as the sunk cost fallacy. We are likely to continue an endeavor if we have already invested in it, whether it be a monetary investment or effort that we put into the decision. That often means we go against evidence that shows it is no longer the best decision, such as sickness or weather affecting the event.

Most investors – amateurs and professionals alike – repeatedly fall into traps that are described by experts in the field of Behavioral Finance. These traps take many forms.  Some are cognitive biases; others are logical fallacies; still others are simple misjudgments that they repeat again and again.

We all have a healthy aversion to losing money. It keeps us from doing dumb things, and helps us to save for a rainy day. But the sunk cost effect is different. It happens when we arbitrarily fixate on the price we paid for an investment, especially when that investment has gone south.

As a result of the sunk cost effect, we stubbornly (and irrationally) hang on to a losing position, hoping that it will eventually return to the price we paid for it – thus “making us whole.”

Concorde was a supersonic passenger jet, which was a joint project between the French and British governments. After a period of significant investment, it became apparent that the project was likely to be a bad financial investment. Costs were high, and revenue limited. However, because a lot had been invested in the project already, it was decided to continue with the project causing further financial losses – rather than writing off the sunk costs and accepting initial financial losses. (There were also political reasons for continuing with investment, such as Britain’s entry to the Single Market).

In economic terms, sunk costs are costs that have already been incurred and cannot be recovered. In the previous example, the INR 500 spent on movie tickets would not be recovered whether or not you attended the movie. It therefore should not be a factor in our current decision-making, because it is irrational to use irrecoverable costs as rationale for making a present decision. If we acted rationally, only future costs and benefits would be taken into account, because regardless of what we have already invested, we will not get it back whether or not we follow through on the decision.

The sunk cost fallacy means that we are making irrational decisions because we are factoring in influences other than the current alternatives. The fallacy affects a number of different areas of our lives leading to suboptimal outcomes.

The sunk cost fallacy not only has an impact on small day-to-day decisions like watching a movie. It also has been proven to impact the decisions that governments and companies make.

If governments and large companies like those involved in the Concorde project are susceptible to cognitive fallacies like the sunk cost fallacy, it is easy to see that significant amounts of money, time and effort are wasted because the sunk costs would never be recovered regardless of whether the project was abandoned. Since governments are sometimes using tax-payers’ money for projects, their adherence to the sunk cost fallacy can negatively affect us all.

Why does it happen?

The sunk cost fallacy occurs because we are not purely rational decision-makers and are often influenced by our emotions. When we have previously made an investment into a choice, we are likely to feel guilty or regretful if we do not follow-through on that decision. The sunk cost fallacy is associated with the commitment bias, where we continue to support our past decisions despite new evidence suggesting that it isn’t the best course of action.

We fail to take into account that whatever time, effort or money that we have already expended will not be recovered. We end up making decisions based on past costs and instead of present and future costs and benefits, which are the only ones that rationally should make a difference.

Why is it important?

The sunk cost fallacy is a vicious cycle because we continue to invest money, time and effort into endeavors that we have already invested in. The more we invest, the more we feel committed to continuing the endeavor, and the more resources we are likely to put in to follow through on our decision.

The best way to avoid the sunk cost trap is to set investment goals. To do this, investors could set a performance target on their portfolio. For example, an investor might seek a 10% return from his or her portfolio over the next two years, or for the portfolio to beat the Standard and Poor's 500 index (S&P 500) by 2%. If the portfolio fails to achieve these goals, it could be reevaluated to see where improvements could be made to achieve better returns.

If investors are trading individual stocks, they could have a predetermined exit point before entering a trade. This helps to automatically cut losing positions and avoid the tendency to commit more time and capital to investments that aren't working.

Hey, I have discovered this amazing financial learning platform called Smart Money and am reading this chapter on What is Sunk cost fallacy? Why is it important?. You can explore too.