Share
Chapter 4 / 5
1. Investments and technology: The rise of machines

3 fintech innovations of this decade 2. Introduction to rule-based trading

3 things to know to begin rule-based trading 3. Introduction to neobanks and open banking

5 things to do to prepare for the future of fintech

Beyond humans: The technology of investing today 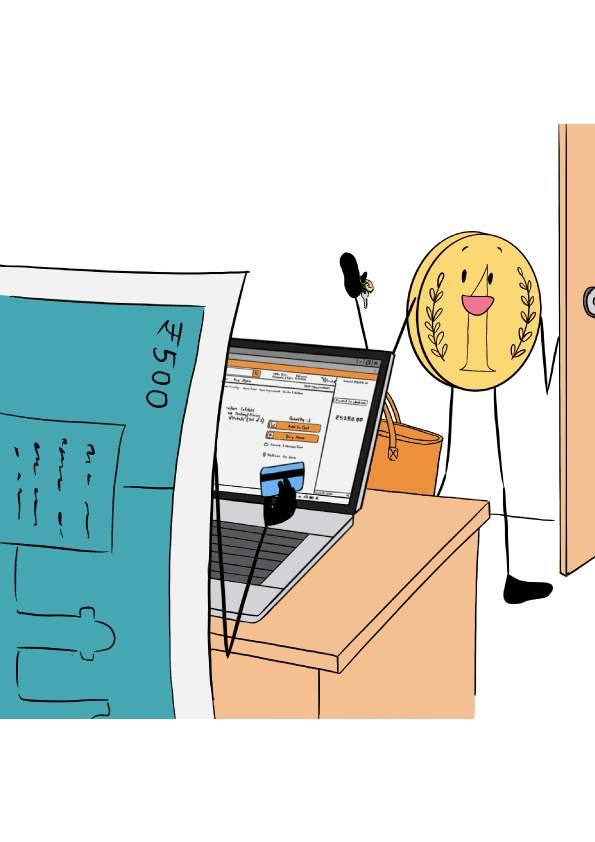 Over the years, India has transformed from an economy that relied heavily on paper money to conduct its transactions to one that’s fast adopting digital payment methods. As a matter of fact, in the year 2020, digital payment in India witnessed a massive increase.

We even toppled other developing and developed countries like China and the U.S.A in terms of the number of real-time payment transactions. India made about 25.5 billion real-time payments in 2020, around 9.8 billion more than China, which took the second spot with around 15.7 billion payments. All of this, despite the fact that paper-based payments took up almost 61.4% share in the country.

What has led to such a meteoric rise in the number of digital payments? And what’s the future going to look like? These are some of the questions that we’re going to be answering in this chapter of Smart Money. But before we get into the thick of things, let’s quickly take a look at the different types of digital payments that we currently have.

The types of digital payments in India

At present, we have as many as 10 different types of cashless payment systems. These include

Of these, the Unified Payments Interface (UPI) has garnered the most popularity and is currently responsible for a significantly large number of digital payments in the country.

The rise of digital payment in India

Compared to the rest of the world, we were quite a bit late to the digital payments scene. And when we finally arrived, the adoption rate was very low. A majority of Indians were hesitant to shift from paper-based payments to digital payments citing a long list of reasons ranging from low security to technological illiteracy.

In FY 2010-11, only around 4.98 billion transactions worth Rs. 96 lakh crores were made and processed, which is a far cry compared to the current situation. According to the Reserve Bank of India, NEFT, UPI, IMPS, ECS, and NACH are the ones to have shown much improvement and adoption. In terms of volume, these types of digital payments have grown by a CAGR of 55% over the past 10 years.

What has led to the rise of digital payments?

On a closer look, we can identify the following as the reasons for the extraordinary increase in the number of digital payments.

The efforts of the Indian government towards the promotion of digital payments have steadily increased over the years. Schemes like Digital India brought awareness and promoted cashless financial transactions, while initiatives like Demonetization acted as the catalyst.

The Unified Payments Interface (UPI) was an absolute game changer. Currently a large majority of the population uses UPI in one way or the other. Even Tier-2 and Tier-3 cities are embracing this payment method. Digital payments through UPI are very fast, convenient, and safe to a large extent.

If estimates are to be believed, digital payment in India is about to witness a massive explosion in terms of volume and value. Many experts suggest that we might see the value of digital transactions cross Rs. 7,000 lakh crores by FY25. One thing is for sure. Good times are ahead for our economy.

1.Are there any specific timings for UPI payments?

No, there are no specific timings as such. UPI payments can be effected 24/7 from anywhere in the world. All you need is an internet connection, and a device connected to the internet. It’s that simple!

2.What are the advantages of digital payments?

3.Are digital payments safe and secure?

Yes. All digital payment methods are safe and secure. The payment gateways are encrypted and no transactions can be made without your authorization. You can even additional layers of security with an OTP function or a two-factor authentication, if you wish to.

Hey, I have discovered this amazing financial learning platform called Smart Money and am reading this chapter on Payment innovations: The rise of digital payments. You can explore too.