Retail investing across the world 2. Introduction to cryptocurrencies: The origin

5 crypto terms to know 3. The future of cryptocurrencies and blockchains

5 things to know before considering cryptocurrencies 4. Investing in startups: An introduction to angel investing

5 things to consider before joining an angel platform 5. Investing in people: P2P lending

5 things to keep in mind when investing in upcoming assets

Investing in the future: Modern investing options of the 21st century

The rise of retail investors 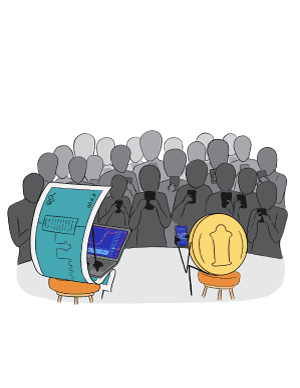 Ever since the Indian stock market became popular in the early 2000s, institutional investors, both domestic and foreign, were the dominating forces. Individual investors, also known as retail investors, barely had any presence. Only a handful of them participated in the stock market.

One of the primary reasons for the lacklustre involvement of retail individual investors was that the stock market was still in its nascent stage. And since people hadn’t quite understood how it actually worked, they were apprehensive of investing in it.

However, fast forward to the present, and you’ll see that things have shifted dramatically. The National Stock Exchange (NSE), one of the two premier stock exchanges of the country, states that the market share of retail investors in stock markets has now touched 45% as of FY2021. This stark new development makes individual investors the current dominant force in the Indian stock market.

What’s even more interesting is the fact that countries across the world are also witnessing a simultaneous rise in retail investor participation. In China, for instance, around 99% of the total investor base is made up of retail investors.

The rise of retail investors in India

Many attribute the rise in retail participation in the stock markets of India to the lockdowns enforced by the Indian government in 2020. However, contrary to popular opinion, this did not happen overnight.

A similar pace was maintained till FY15, when the number of accounts rose by 1.5 million. Since then, the number of new demat accounts opened year after year began to steadily increase.

FY18 and FY19 each saw around 4 million new demat accounts being opened. While that impressed many stock market experts, it was no match to the staggering 4.9 million new accounts opened during FY20. Impressive, isn’t it?

Reasons for the rise of retail investors in the stock markets

There are many reasons that have contributed to the increasing interest shown by the retail investor segment. Here’s a quick look at a few of them.

Now, the equity space is not the only segment that’s witnessing an increase in numbers. The derivatives segment, which includes futures and options, is also seeing an uptick. With stockbroking companies looking to tap into the Tier-2 and Tier-3 cities, this growth is likely to only continue in the near future.

1.What does a retail investor need to start investing in the stock markets?

2.How much can I invest in the stock market, as a retail investor?

There is no limit to how much you can invest in the market. You can choose to invest as little as Rs. 100, or you can invest higher amounts as per your budget. In the case of IPOs alone, retail investors cannot apply for shares exceeding Rs. 2 lakh.

3.What all market segments can retail investors invest in?

Retail investors are free to invest in all market segments. This includes equity, debt, currency, commodities, and derivatives.

Hey, I have discovered this amazing financial learning platform called Smart Money and am reading this chapter on The rise of retail investors. You can explore too.